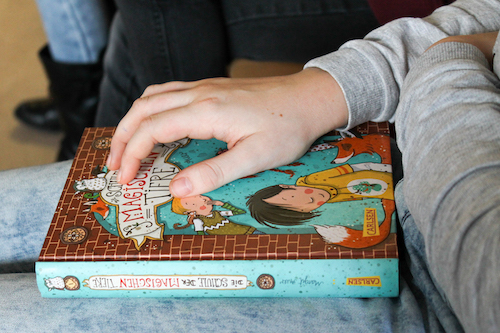 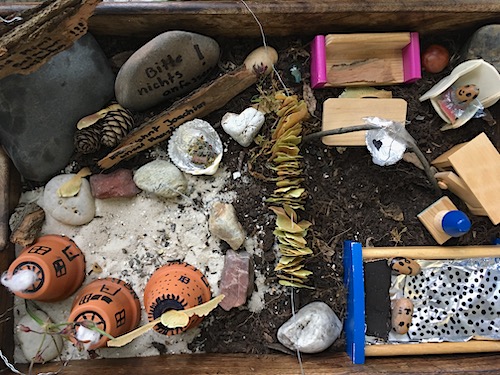 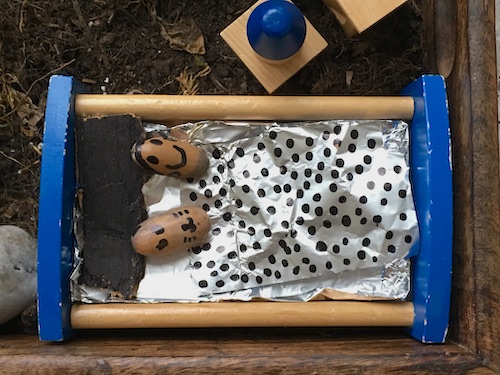 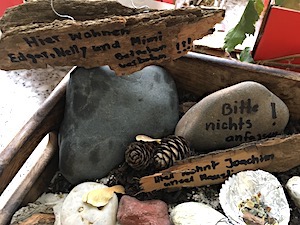 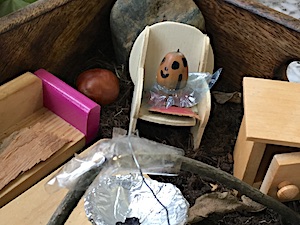 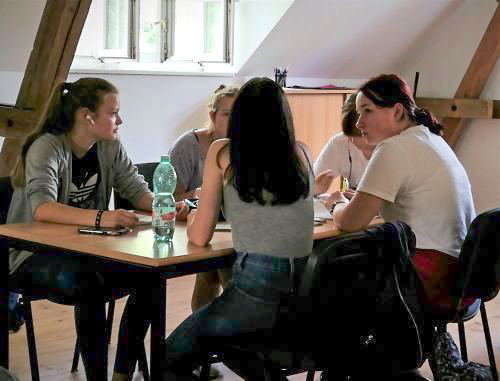 Empathize in a fictional victim character living and dying in the years 1940/41. Write a story about him or her – past life, arriving Pirna-Sonnenstein, thoughts, fears, people who him or her met, last minutes. (Challenging Level)

Write a blog entry for the school homepage.

Hey, on August 29th I visited the Pirna-Sonnenstein Memorial. I want you all to know about my thoughts and feelings, while I’ve been there. But I thought it might be boring for you - simply read about my emotions. So I wrote a fictional story for you that explains how I imagine what happened there in 1941.

"My childhood had been normal but everything changed when I was fourteen. I started to hear little noices sometimes, but I didn‘t care about it. After a while they were there the whole time, and they annoyed me. From time to time, they become like voices. At first I couldn’t figure out what they said but when I was about 15 I could understand nearly every sentence. And they said bad things. But no one around me seemed to hear them or care about them, so I tried the same. Every morning I woke up and the first thing I heard where these creepy sounds. And the things they told me were really scary.

One day they said that I should go downstairs to set the hair of my little brother on fire. I wasn’t sure about it, but the voices didn’t stop saying that I should do it. So I went downstairs and got myself some matches. John was sitting at the floor with his face to the wall, he played with his wooden manikin. This was my chance. I took out a match, set it on fire and laid in his red hair. It directly started to burn and he screamed louder as it got hotter. This was the moment when I realized what I had done. The voices in my head became louder and louder. I couldn’t breathe, so I became unconscious.

The next scene that I could remember is me in a hospital. Everything in the room was white and outside the window I saw trees. There was a doctor, giving me a syringe and I instantly drifted away again.

I woke up in a big room, many other people around me. I was scared, it was loud. I set on a chair, around me were other kids, some of them were sleeping, other ones cried. There was a nurse, she had a list with names on it. Every child waited until his or her name was called, stood up and walked to the end of the queue. After 20 minutes, she called my name and brought me to a doctor. I had to undress. He asked many questions about my body and my mental health. After the investigation, a big group of people walked down a small, dirty stairway to the cellar. There where teenagers like me, old women and even small children. A nurse explained to us that some men had fleas and everybody was supposed to get a shower. Then she told us to take off our clothes and put them on the benches. We followed the instruction without questioning it. It seemed logical. I didn’t realize how serious the situation was but as I watched the older ones having eye contact and looking really sad I understood somehow.

We had to walk into another room. It was even smaller and more restricted than the first one. I felt other people’s skin on mine. The cries got louder again and I had no idea why. A really loud noise made us all quiet. The nurses had shut the door. The lights had gone off, the only light came through a small window that was covered by bodies. We waited for the shower to begin. Then it began."

I hope you liked my story and it made you think a little about the crazy things that happened at that time at Pirna-Sonnenstein. But don’t forget that there are still worse things happening around the world every day and we have to change them as long as we can. Someday it’ll be too late. Next week I’ll publish a story about a young girl fighting in Hong Kong to protest against the Chinese Regime.